Founding Member Diego Matamoros is one of the country’s most celebrated theatre artists: he’s been a mainstay at Soulpepper since its inception, and has performed with the company every season of its existence, taking on both large and small roles in plays by Shakespeare, Chekhov, Moliere, Beckett, Pinter, and Stoppard, among others. He has acted in productions across Canada and the US and served as Head of Acting for the Soulpepper Academy.

Using scenes from Uncle Vanya and The Three Sisters, this rigorous intensive will give you tools to answer the question: How do you bring your life to the lives and scenes of Chekhov’s heroes - the “enduring non entities”? 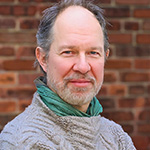 TAKE THIS CLASS IF YOU ARE LOOKING TO:

Tuesday, Wednesday, and Thursday nights from March 3-12, for a total of six sessions over two weeks. Sessions run from 7:00 PM -10:00 PM at the Young Centre for the Performing Arts.

Once enrollment is confirmed, participants will receive copies of both Uncle Vanya and The Three Sisters. Participants will be asked to read the texts and choose three scenes they would be interested in working on. Specific scene decisions will be made on the first day. This class requires a serious commitment of time, energy, and preparation. To get the most out of this class, an understanding of these two seminal works is necessary.

Participation will be confirmed on February 24, 2020. Payment will only be processed upon confirmation of participation by email. All applicants will be contacted.

ALL ARE ENCOURAGED TO APPLY

We welcome and encourage applications from diverse artists, including but not limited to ethnicity, religion, gender identity, sexual orientation, national origin, and/or disability status. If you need assistance or require accommodation during the application or selection process, we will work with you to address your needs. Information related to accommodations will be confidential.

QUESTIONS? Feel free to contact us at: trainingroom@soulpepper.ca
The Soulpepper Training Room is coordinated by Gregory Prest, Soulpepper’s Baillie Fellow.