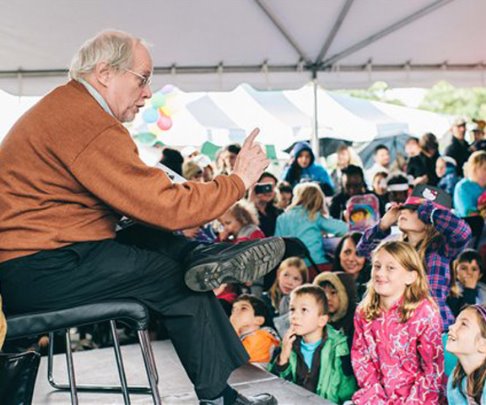 Following the performance of Alligator Pie on July 16, join us for a special event featuring ‘Canada’s Father Goose’ - Dennis Lee reading from his celebrated anthologies of poems for the young and young at heart.

Dennis Lee is a Governor General’s Award winning poet, teacher, editor, critic and is an Officer of the Order of Canada. Lee is perhaps best known to American audiences as the lyricst for Jim Henson’s Fraggle Rock. In 2001 Lee became Toronto’s first Poet Laureate. His bestselling anthologies of Children’s and Adult poems include: Alligator Pie, Garbage Delight, Jelly Belly, and Civil Elegies and Other Poems.

Photo: The Word On The Street