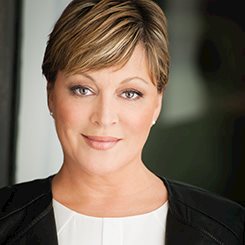 Born and raised in Alberta.

OTHER THEATRE: The Children, The Humans (Canadian Stage & Centaur Theatre), 18 Seasons with Shaw Festival with over 40 productions, including: The Cherry Orchard, Blood Relations, Major Barbara, Pal Joey, All My Sons, Hotel Piccadillo, Time and The Conways, Hay Fever, Heartbreak House, Top Girls, Light Up The Sky.

OTHER: She is a Dora and Jessie Award Nominee for Bob’s Kingdom and All My Sons. Laurie has worked extensively in television, most recently in Private Eyes.