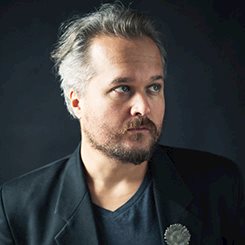 Born in Leamington, Ontario, and raised in Essex County, Ontario.

OTHER: Founding member of Kitchenband (BOBLO, Petrichor, Detroit Time Machine, Pelee, Reesor). He has appeared on many albums and has toured his music across North America and Europe. Nominated for 3 Dora Awards and won 1.