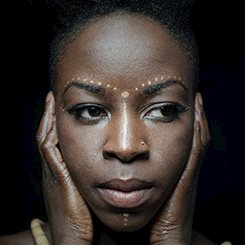 Born and raised in Hamilton, Ontario.

OTHER: In 2017 Esie was named 100 Black Women to Watch in Canada and in 2014 Winner of the Black Canadian Award for Best Contemporary Dancer. Worked with some of the industry’s biggest icons such as French Montana, Rihanna, Drake, Janelle Monae and more. Creator of Shades which will debut end of fall 2018.