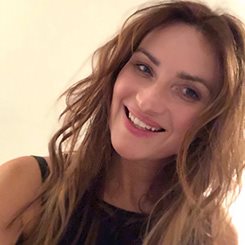 Agata Wisny, from Norway, is experienced in the field of theatre and film making production. Since 1999, she has served at Teater Manu in various roles as actor, contributed to film production and video design for theatrical performances. In Norway, Teater Manu is the only professional theatre featuring sign language as the stage language. She is currently serving as stage and project manager for Crying Hands, which was on tour in New York City, Washington, D.C. and Toronto. Besides being active in the field of theatre, Agata has worked as an Assistant Manager for Clin d’Oeil Festival, since 2005. Clin d’Oeil Festival is the world’s largest festival dedicated to theatre film and arts for Deaf audiences hosted in Reims, France biennially. She holds a degree in Visual Effects (VFX) at the Noroff, Norway.